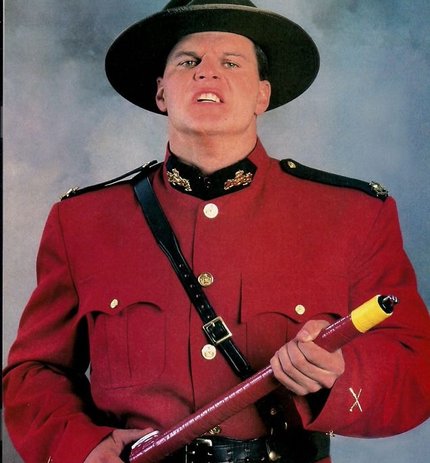 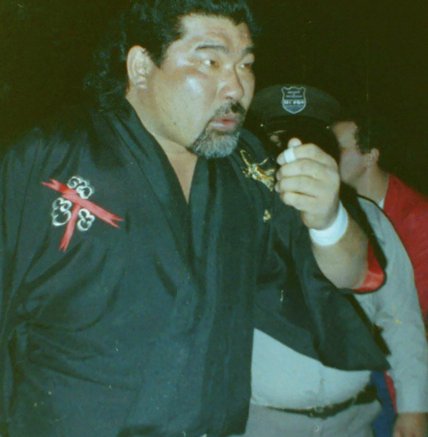 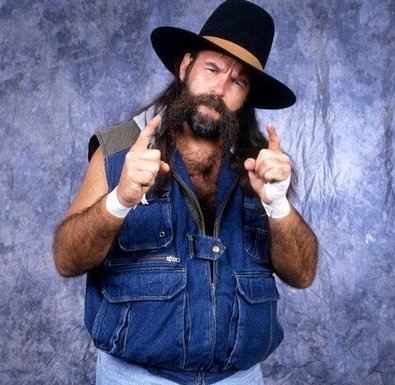 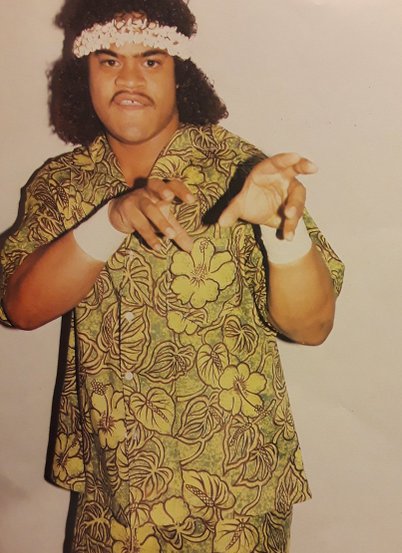 The Tonga Kid makes his first ever tip to the Hilton University Place in Charlotte NC. He started out in 1983 and found himself in the WWF as the cousin of WWE Hall of Famer Superfly Jimmy Snuka. He would be in his first major feud with Rowdy Roddy Piper. In late 1986 he would team with Haku as Tama and form  The Islanders. They had some great matches with alot of the top tag teams in the WWF but the feud with The British Bulldogs stands out the most. Mangaed by Bobby the Brain Heenan the Islanders would go on to be a top team during the WWF run. Before making a brief stop in World Wrestling Council he would head to WCW as the Samoan Savage as part of the Samoan Swat Team.

Our 4th Superticket Guest for The Gathering 3

Dirty Dutch Mantel made his debut in 1972 as Wayne Cowan. He wrestled for various Southern promotions and had success in the NWA. He formed several tag teams throughour his career, including The Kansas Jayhawks with Bobby Jaggers. Dutch had many matches with guys like Jerry Lawler, Bill Dundee , Buddy Landel and so many more. He was also a Announcer for WCW and Smoky Mountain Wrestling. He would land in the WWF in 1996 and again in the WWE as Zeb Colter. A true legend  in the business and one of the best minds in the wrestling business.

We welcome the Dirty Ducth  to Charlotte for the first time since being a vendor guest in 2008.

Ultimate & VIP Tickets go on sale September 1st at 6:05 pm. Please click the ticket page link on the top of the website to buy tickets and get all information on whats include with your package

More Guest have been added to the Superticket Lineup Page

Masanori Toguchi debuted for Japan Pro Wrestling Alliance on August 30, 1968, against future NJPW referee Katsuhisa Shibata. During his rookie year, he was also trained by Karl Gotch. In his days in JWA, he was Ohki's student. When JWA folded in 1972, Toguchi went to the United States, where he developed himself as a heel under his Korean real name, Kim Duk. He spent the next four years roaming around NWA territories and in the American Wrestling Association. In 1976, he returned to Japan for All Japan Pro Wrestling, while wrestling for the NWA's Mid-Atlantic territory in the States. He was managed by Boris Malenko in the Mid-Atlantic area, often teaming with another Malenko protege, The Masked Superstar. During his Mid-Atlantic run, Duk had a short-lived feud with then-reigning Mid-Atlantic Heavyweight Champion Wahoo McDaniel.

In 1982, Kim Duk began wrestling for the NWA's Kansas City territory, before moving to the World Wrestling Federation in 1983 under the name Tiger Chung Lee. After leaving the WWF in 1988, he went back to the Kim Duk name and wrestled for World Wrestling Council in Puerto Rico.

IOn June 10, 2018, at the age of 70, he won the WEW Heavyweight Championship defeating Daisaku Shimoda at a show for Pro Wrestling A-Team in Tokyo, Japan. He lost the title back to Shimoda on January 19, 2019.

our second Superticket Guest will make his first appearance at the Hilton in Charlotte next year..

Jacques Rougeau began his career in 1977, working in Stu Hart's Calgary, Alberta based Stampede Wrestling promotion.In the 1980s he began wrestling in the United States, achieving success in Alabama and Tennessee, and in 1985 he and Ray were signed by the World Wrestling Federation.

The Rougeau Brothers would go on to be one of the top teams in the wwf throughout the mid to late 80s.

In 1991 Jacques would return as The Mountie and go on to win the WWF Intercontinental title from Bret Hart.

In 1993 the Quebecers were formed with Jacques & Pierre. The Quebecers would go on to win the WWF Tag Team Championship on two occasions beating the Steiner Brothers and Men on a Mission.

In 1996 they would head to WCW as the Amazing French Canadians.

In 1997 Jacques Rougeau would pin Hulk Hogan as one of the few men to pin Hogan 123 clean in the middle of the ring.

Jacques has done so much in the wrestling business and we welcome him as the second Superticket Guest in Charlotte for The Gathering 3.

Making a very rare appearance and first trip to the Hilton

He is often called "The Trainer of Champions".He has been instrumental in training some of the biggest names in the sport.

He started in the AWA in 1961 and had feuds with Danny Hodge , Bob Boyer and more.

Eddie would train a list of top talents including

And many many more